STS at AnchorThe STS operations at Karimun and Nipah (Indonesia) are conducted at designated transhipment areas at anchor.

He who fails to plan, plans to fail. 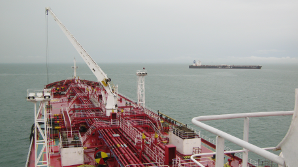 On being appointed for a ship to ship operation we start communicating directly with the ships involved, giving them specific STS instructions through Joint Plan of Operation (JPO) and obtaining relevant certificates and information.

On confirming ship suitability for the STS, the fenders/hoses are prepared in accordance with OCIMF recommendations. The ships are advised regarding the suitable anchoring area and local conditions.

Prevention is better than cure.

A detailed Risk assessment of all the locations is carried out in advance and the associated risks mitigated to acceptable level. The transhipment areas at Karimun and Nipah are quite safe and are regularly used for lightering operations throughout the year. A close watch on the weather reports is kept for the planned operation and the STS operation is conducted only if the weather is suitable.

Berthing operations are done only after both the masters and the mooring master/POAC, who is the controlling adviser onboard, concur that the conditions are suitable and only after the STS checklists are completed. No berthing is attempted at the change of tide. The berthing operations are usually conducted during the daylight hours however; night berthing can also be carried out if required.

The primary and secondary fenders are rigged on SS prior to commencement of berthing operations. Two tug boats are used in order to assist with the berthing operation making the whole process very safe. The STBL remains at anchor throughout the operation while SS is manoeuvred alongside on STBL's starboard side.

As per our company policy, hoses are pressure tested to 250 psi, annually. Max permitted transfer pressure is 110 psi or less as per the ships charter party.

The cargo hoses are connected under the strict supervision of the mooring master/POAC. After the STS checklist no. 4 is completed and both ships are in agreement, the cargo transfer is commenced slowly.


The slow start allows both ships to check for any egress of oil onboard or from the cargo hose connections. Once all checks are completed the transfer rate is gradually increased to max as required by receiving ship. Good communication is maintained throughout the operation and cargo figures are checked hourly to avoid any discrepancies.

After completion of cargo, the cargo figures are obtained and when both ships are satisfied, the cargo hoses are disconnected under the supervision of the POAC. After completion of STS checklist 5, the unberthing is achieved under the guidance of the mooring master/POAC. One or two tug boats are used for assisting with unberthing. The SS is manoeuvred away using the engines and tugs while STBL continues to stay at anchor. 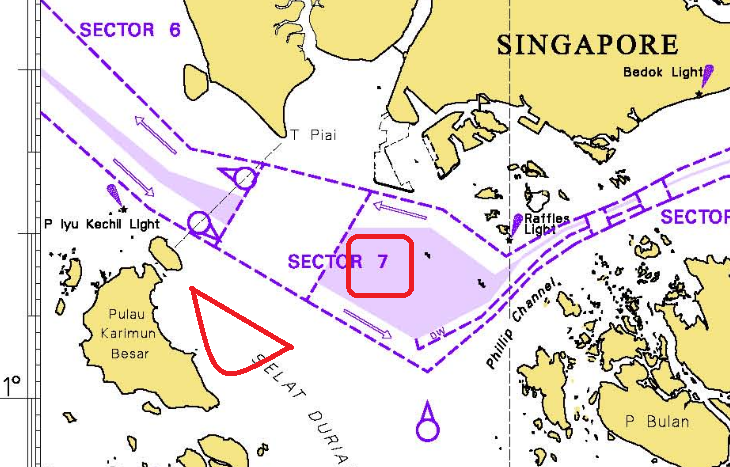